Having lived in Birmingham now for two years I've learned Birmingham has it's own ways of dealing with things. Call it culture. Call it learned behavior. Call is a lack of education. I don't know but I always think back to something I heard once about humans being taught to hate. Isn't that hard to imagine but I think it's true. No kid comes in this world wanting to hate so I think of it as the things we teach our kids.

In Birmingham, by Birmingham standards, I'm soft. The people around me see me as weaker and not tough enough. I've had my experiences. I have my scars. So why?

A recent conversation is a good example:

Discussing the news of a 15 year old kid shot and killed on the west side of town around 5:45 pm one day while walking down the sidewalk.

ME: "Birmingham has an attitude problem."

ME: "There has to be a better way. I never would imagine pulling a gun to solve a problem."

ME: "I understand but I choose to handle it differently. I find another way instead of pulling a gun or getting into a fight."

PERSON 2: "Doug, how long you plan on staying here?"

PERSON 2: "You better get with the program."

I've had many conversations like this. I've heard of the "Chicago Way" infamously laid out in The Untouchables by Sean Connery. "He pulls a knife. You pull a gun. He sends one of yours to the hospital? You send one of his to the morgue. That's the Chicago Way."

Well, Birmingham has it's way too. It's violence and guns.

To some degree I get it. This is a city that has seen it's share of fights, personally and metaphorically. This is the home of civil rights. A place where the black community has been held back from the day the city was incorporated and they've had to fight for everything they have for over 100 years. Whites have fought the rise of blacks and others. It's a learned way of life. It's almost as if people don't know how to be themselves if they aren't fighting for something or against something.

In this town, if I don't want to do something or I say something to someone that they don't like, it's not me having a personal opinion. It's another example of me holding them back or me fighting to keep them down.

It's easy to see how we got here. People act surprised Birmingham is dangerous and ranks in the top 5 of most dangerous cities in America. While I can say Birmingham doesn't feel that way to me, I can also say I am surprised people are surprised about Bham's reputation. If anything, I'm surprised Bham isn't #1 every year. It's a city conceived on the concept of taking advantage of people. Of putting one group, or more recently, all minority groups down. Of course there will be anger and fighting.

So how does it end? That's a much harder question to answer. I don't have the answer but I have a theory.

I believe the civil rights movement in the 60's was a beginning. We now see blacks in city offices and running the city. Majority of the city population (73%) is black. It's also heavily impoverished (30%).

Education will be next great step. The sooner we can provide better education for ALL our children, the sooner they will be playing on a level playing field. We need to support ALL kids the way white kids have found support for hundreds of years. We need to teach them to expect more from themselves. We can push STEM learning in ALL our schools. We can help parents take care of kids but giving our schools resources for not just the classrooms, but for the people. Maybe offer laundry services. Offer better meals or meals three times a day.

In the meantime, we need to find a way to make it easier for small business entrepreneurs, especially minorities. We may have black politicians but few of our companies have executives that are black. This doesn't happen overnight and it's almost a generational thing but we can do little things to help.

And most importantly, I think we ALL need to learn from our past. Yesterday was the 54th anniversary of the 16th Street Baptist Church bombing. Maybe that's why I'm so heavy in thought about all this but it's something I do think about every day.

We need to offer support and encouragement with the same vigor of those who fought against civil rights. Instead of bombs we need books. Instead of dogs and hoses, we need hugs and love.

In the park across the street from the 16th Street Baptist Church is a beautiful sculpture dedicated to the four young girls that were lost that day in 1963. Behind them is a statue of Martin Luther King, Jr. MLK has a history in Birmingham even writing one of his famous works, Letter from a Birmingham Jail, only a few blocks from where his statue now stands.

Some say that's progress and I would agree. For me though, progress would be learning from MLK and those that came before us. One of my favorite quotes of MLK is:

"The ultimate weakness of violence is that it is a descending spiral begetting the very thing it seeks to destroy, instead of diminishing evil, it multiplies it. Through violence you may murder the liar, but you cannot murder the lie, nor establish the truth. Through violence you may murder the hater, but you do not murder hate. In fact, violence merely increases hate. Returning violence for violence multiplies violence, adding deeper darkness to a night already devoid of stars. Darkness cannot drive out darkness; only light can do that. Hate cannot drive out hate; only love can do that."

This is a concept described in the Gospel of Mathew 26:52. Returning violence with violence only makes the violence twice as bad. This is a lesson we have seen time after time.

I've always lived by a personal concept of it's not what happens to you that matters. It matters more how you react. Until we learn from MLK and those before us, we will be doomed to stay a violent city.

The things we teach our kids.... 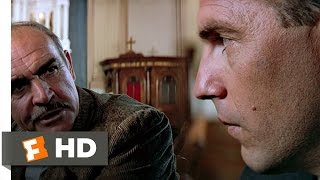 Welcome to my Site

Why do you have to be wrong for me to be right? 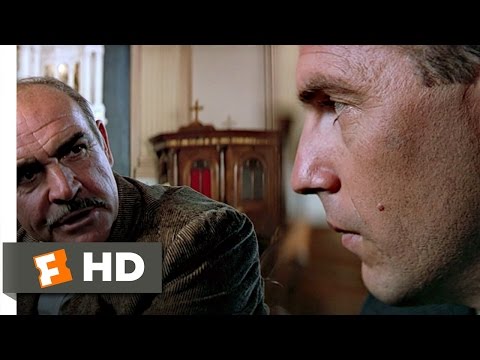 Snow and "Average" is trouble

Welcome to my Site